Parents always want the best for their children. This is especially true for education.

News of the big debate of whether to (or when to) start acknowledging the Unified Examination Certificate has been going on for years.

The Unified Examination Certificate (UEC) is a standardised test for Chinese independent high school students organised by the UCSCAM (the association of Chinese school teachers and trustees) since 1975.

The test is already recognised as a qualification for entrance into many tertiary educational institutions in a lot of countries, including the USA, China, Taiwan, Hong Kong, Singapore, UK, Australia etc.

However, until today, it is still not recognised by the Malaysian government for entry into Malaysian public universities. (Though many, if not most, private colleges recognise it).

For those who favour the Chinese education system, many middle-class families have been seriously considering the switch to private (independent) Chinese high schools after primary education for various reasons.

Of course, the main question is, are private high schools actually better? How are they different from public schools?

Besides, we see many of our Malay and Indian friends in Chinese schools more and more these days as well.

Should independent high schools be an option for them as well? Or are public schools still the better choice for them?

FIRST, WHAT IS A NATIONAL SECONDARY SCHOOL (a.k.a. PUBLIC HIGH SCHOOL) IN MALAYSIA?

For the sake of this article, we are mainly talking about the comparison between SMJK and Chinese Independent high schools.

National Secondary Schools use Malay as the main medium of instruction because the Malay language is the National language of Malaysia.

English is another major language as it is compulsory in all schools while being the medium for Science and Maths in Chinese Secondary Schools.

They are well supported by the government, in terms of monetary and many other aspects.

WHAT ABOUT CHINESE PRIVATE HIGH SCHOOLS?

These schools provide high-quality secondary education for students usually in the 13 to 18 years-old range.

The main language of instruction in these schools is Mandarin Chinese, using simplified Chinese characters 简体.

There are about 60 of these high schools in Malaysia so far.

So, how are these different from public schools?

Let’s dig deeper into the various differences between the two.

In terms of fees, there is no doubt that public schools have an advantage since they are primarily free.

Daily expenses of the school, such as utilities, are paid by the government, and the salaries of the teachers are paid for using the taxpayers’ money.

Students only need to pay small amounts of miscellaneous fees, as well as the cost of purchasing reference books, practices and additional books.

Besides, the textbook lending program (SPBT) benefits many, too.

Whereas in private schools, the school will have to charge school fees. On top of that, students will have to spend more in books and learning materials, too.

In terms of the main language used, a public school primarily teaches using Malay and English. (Teachers use English to teach Biology, for example).

If you are not proficient in these two languages, students may struggle and lose enthusiasm to learn over time.

On the other hand, the main language medium of private high schools (or independent high schools) is Chinese, so a student who is good in Chinese will have some advantage, whereas those who struggle with Chinese might struggle a little.

Mastery of the language helps to understand theory in books.

Getting new knowledge in a language that is familiar to you can do more with less because most students tend to translate it into a first language as they explore new knowledge.

In public secondary schools, not all of them value the Chinese subject.

It has long been recognised as one of the MOST difficult to score in government exams like PT3 and SPM.

There have been instances where schools that want to elevate the average performance reduce the number of students taking Chinese subject.

Only students with good grades (or who they think can handle the difficult subject) are allowed to apply to take the subject exam.

As with any other multi-cultural group, students are exposed to family cultures and traditions, as well as understand different races better in general.

Many are able to show tolerance and empathy towards friends with different ethnicity because they understand how certain concepts are important to them.

Besides, they might also understand different races’ taboos and might be less likely to create controversy in that regard.

On the other hand, most Chinese private high schools are (mostly) filled with Chinese students.

Despite the recent uptick in enrolment of students from other ethnicities, a very big majority is still Chinese.

It’s a question of whether the student plans to study abroad or try to enroll in a local tertiary education institution.

The Malaysian government still do not officially recognize UEC. That means that local public universities do not recognise your grades and education.

So if you come from a Chinese private high school, most likely you have to further your studies overseas, or enroll in a private university.

For those who can afford, you can choose to study in China, Taiwan, and even the EU and American countries.

Chinese private secondary school students who can’t afford it would have these options:

These are the four major aspects interested parents and students should consider before making a decision.

At the end of the day, it really depends on the student himself/herself. Parents should only play a guiding role, rather than deciding for the student.

For parents, it is important to communicate with your son/daughter well and understand their aspirations and plans of their future.

It also helps if you can pick up on their strengths and weaknesses early during primary education. For example, if you notice your daughter has been struggling with Chinese, it might not be such a good idea to send her into a Chinese private high school like say, Chung Ling (Private) High School.

Do you think the Malaysian government should acknowledge UEC examination? If they are accepted, would you lean more towards going for Chinese private high school?

1. Sending your child to a Chinese Independent High School simply because he/she is “weak in Malay, good in Chinese”.

It could be a contributing factor but shouldn’t be the ONLY main reason you consider private schools.

Since more likely than not, he/she will still have to take BM in SPM as additional exam. More and more private schools are requiring students to take SPM too.

If the student is weak in BM. It would be better to find ways to improve his/her BM, rather than choosing the easy way out. Since if you plan to live and work in Malaysia, it is still an essential language in our opinion.

2. Assuming that the cost of independent schools is too high without doing necessary research.

To be honest, not ALL Chinese private high schools charge super high fees. In some schools further from city centre, the monthly cost may be less than RM200.

What we recommend is that you do some research before deciding anything. Ask the particular school you’re interested in to understand all costs & fees they charge. Don’t just assume that it is too high. You might be surprised.

Besides, be sure to ask about available scholarships. Sometimes these can help, A LOT!

3. Assuming private school education quality is much better than all public schools.

Many parents assume that private school education is much better than public schools in Malaysia. This truly is not the case.

We also have many great public schools, producing high quality graduates every year.

It all depends on the particular school, not just the curriculum. Things like extra-curricular activities, additional support, mentorship and more also play a huge role in shaping your child’s character.

Remember, book theories and grades are just a small part of life.

Thanks to your support, we're featured on international media for our efforts in education! 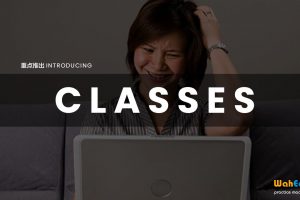 Thanks to your support, we’re featured on international media for our efforts in education!

Not a member yet? Register now

Are you a member? Login now